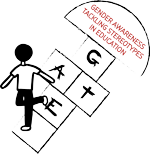 Equality between women and men has once again come under the spotlight with the “Me too” movement, which highlighted the street harassment women face on a daily basis. Yet, this crucial issue has long been on the global, European and national political agenda. Both the San Francisco Charter of the United Nations of 1945 and the 1948 United Nations’ Universal Declaration of Human Rights guarantee the principle of equal rights between women and men. In 2015, the United Nations defined gender as a Sustainable Development Goal (SDO) (Resolution 70/1 adopted by the United Nations General Assembly on 25 September 2015), therefore giving it high priority. Indeed, this fifth SDO aims to achieve gender equality and the empowerment of women and girls.

Defending gender equality has also always been one of the European Union’s fundamental values. It was integrated in the Community law for the first time with the Treaty of Rome in 1957 and its importance has been continuously reasserted in the European legislation ever since. The number of normative texts to ensure equal rights between women and men in terms of employment, training and social protection, keeps increasing. The European Commission plays an active role in the promotion of equity. As a matter of fact, the European pillar of Social Rights acknowledges gender equality as its core priority. In March 2010, the Commission presented a ‘Women’s

Charter’ stating its increased commitment to gender equality over the next five years. The charter aimed to contribute to the improvement of women’s place in society, on the labour market and in decision-making positions. Meanwhile, Members States have engaged in a proactive policy with the signature of the first European Pact for Gender Equality (2006-2010), that has been reaffirmed with the second Pact for Gender Equality (2011-2020), in which the Member States commit “to fulfil EU ambitions on gender equality as mentioned in the Treaty and in particular to: 1. close the gender gaps in (…) three areas of great relevance to gender equality, namely employment, education and promoting social inclusion (…); 2. promote better work-life balance for women and men throughout the life-course(…) and 3. combat all forms of violence against women in order to ensure the full enjoyment by women of their human rights and to achieve gender equality(…)”. In addition, the Council of Europe’s Strategy for Equality between Women and Men (2018-2023) defines itself as the protector of this pillar, as its first strategic objective is to “prevent and combat gender stereotypes and sexism”. Therefore, there is a strong commitment from most of EU decisions-makers to tackle gender inequalities. However, even though this principle is anchored in legislation, progress in this matter is slow and de facto, equality between women and men is far from being a reality.

As explained, gender stereotypes develop from early childhood. In order to address them, several schools have run programmes that promote gender equality. These practices are part of a wider approach, involving all school staff and students, and taking place in all school spaces, including the classroom and the playground. However, these innovative initiatives are often implemented on a one-time basis and at school or regional level. Through the GATE project, 2 practices previously tested on a small scale, will be adapted to form the basis for a new pedagogical innovation, which will then be modelled and experimented in schools from all the participating countries.

The first experimentation took place in the primary school of Peyrouat in Mont-de-Marsan, Landes department, France. Indeed, since 2011, through the project “Equality between girls and boys begins at school”, the Peyrouat school has been involved in a multi-partner project aimed at establishing a sustainable culture of equality and mutual respect between girls and boys. This initiative won the local education authority’s Prize of the Egalitarian Project in 2015. In view of its success, it has been one of the key inspirations behind the design of the GATE project.

A second practice aiming to tackle gender stereotypes was set up in the Navarra Region of Spain by the local government’s Department of Education. The SKOLAE programme was created in order to accompany and systematize similar educational innovations.

These two projects are relevant examples of innovations to tackle gender stereotypes at school. Since their scope is not the same (target audience, number of institutions tested), these two experiments, as well as all the pedagogical innovations that will be collected in the WP1, will provide a different and complementary perspective to develop a pedagogical innovation encompassing various school issues through the GATE project.